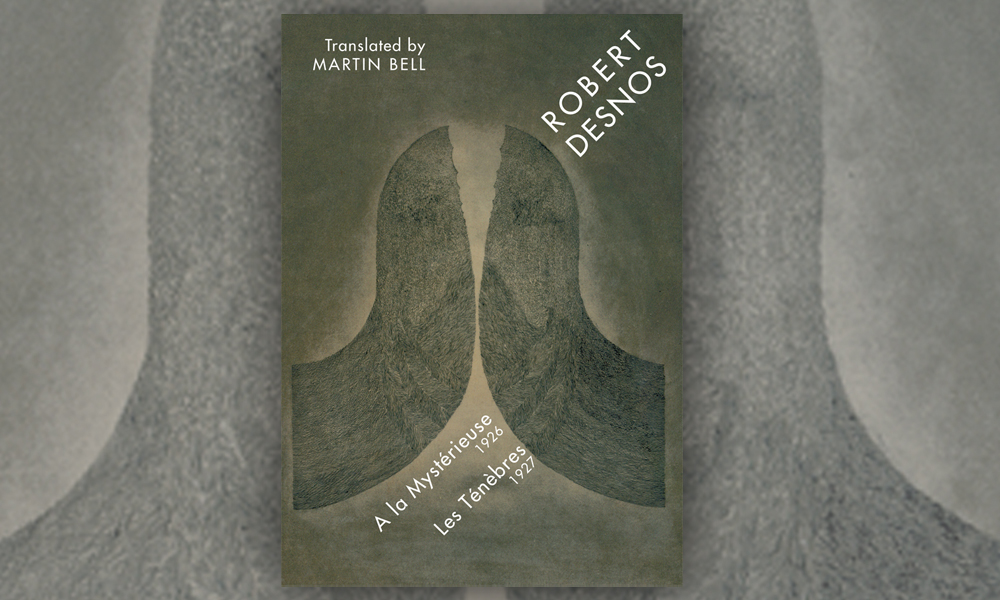 Martin Bell was one of the great voices of postwar British poetry who has been largely lost to obscurity. His work’s playful commingling of satire, tenderness and intellectual curiosity earned him many disciples in the 1950s and 1960s, but it was only following his untimely death in 1978, after a period of alcoholism and destitution, that his translations of French Surrealist poetry were discovered. These included selections from various celebrated poets, including Paul Éluard, Pierre Reverdy and the movement’s famous theorist André Breton.

This slim volume represents a fraction of Bell’s prolific private translation project, and focuses on his renderings of the poems of pioneering Surrealist figure Robert Desnos. In an illuminating foreword written by the poet Karl O’Hanlon, Bell’s passion for French Surrealism is said to have had deep roots – his view was that ‘the French, of all Europeans, took poetry most seriously and practised it most professionally.’ Even Bell’s leftist political leanings found resonances within the Surrealist cause, which was revolutionary in nature and determined to break free from the shackles of the convention.

The poems translated here, taken from Desnos’s collections A la Mystérieuse (1926) and Les Ténèbres (1927), are love poems for the most part (dedicated to ‘la mystérieuse’ of the title, the female object of desire) but they are underscored with cruelty and alienation, and burn with a morbid, almost menacing intensity (‘You, when you are dead, | You will be beautiful and always desirable’). Love and desire, for Desnos, occupy a realm of shadows and phantoms, where the corporeal tends to evaporate into dreamlike fantasy. This theme is crystallized in Bell’s wistful translation of one of Desnos’s most famous poems, ‘I Have Dreamed Of You So Much’, where the anaphora of the title line lends the poem a hypnotic, obsessive quality as the object of the poet’s love seems to fade gradually into the ether of his imagination: ‘Nothing more remains for me, perhaps and nevertheless, than to be a phantom among phantoms, and a hundred times more a shadow than the shadow that moves and will move joyously on the sun-dial of your life.’

The second part of this volume, Les Ténèbres (which translates literally as ‘The Shadows’), is interspersed with vivid surrealist imagery. Bells, hands, trees, colours, eyes and teeth litter a pseudo-symbolic poetic landscape where – true to the surrealist project – the unconscious appears to reign. Desnos was known to fall into trances and recite poetry apparently drawn from his unconscious, and this practice has many echoes here, as in the fragmented free association of the poem ‘Darkness! O Darkness!’: ‘Frantic sycamore famous dividing of time flower of animal silence ô red’.

The challenge this kind of poetry presents for the translator is immense, and Bell’s intuitive feel for Desnos’s jarringly beautiful imagery reveals a deep communion with Surrealism as a whole, and a willingness to take certain liberties with the original French. O’Hanlon likens the Surrealist movement’s ‘collusion of the conscious with the unconscious’ to the practice of translation itself, whereby various voices must be distilled, consciously and unconsciously, from one language to another. The voices of two forgotten masters ring out together from the darkness in this haunting collection.