A stone from the bottom, who has seen the seas dry up
And a million white fish leaping in torture,
I – poor man, see swarms of white denuded people
Without freedom, I see the crab which feeds on their flesh.

I have seen the fall of states and the destruction of peoples,
The flight of kings and emperors, the power of tyrants,
I can say now, in this hour,
That I – am, although everything perishes,
That it is better to be a live dog than a dead lion
As Scripture says.

I am a poor man, sitting on a cold chair, with eyelids pressed,
I sigh and think about the starry sky,
About non-euclidean space, the amoeba and its pseudopodia,
About the tall mounds of termites.

When I walk I am asleep, when I sleep I am awake,
I run, hunted and covered with sweat,
On city squares which the dawn paints garish colours,
Beneath the marble remnant of smashed gates,
I deal in vodka and gold.

And yet I was often so near,
I reached into the heart of metal, the soul of earth and fire, and of water,
And the unknown unveiled its face
As the quiet night reveals itself, mirrored in a stream
I was greeted by lustrous copper-leaved gardens.

© The Estate of Czesław Miłosz 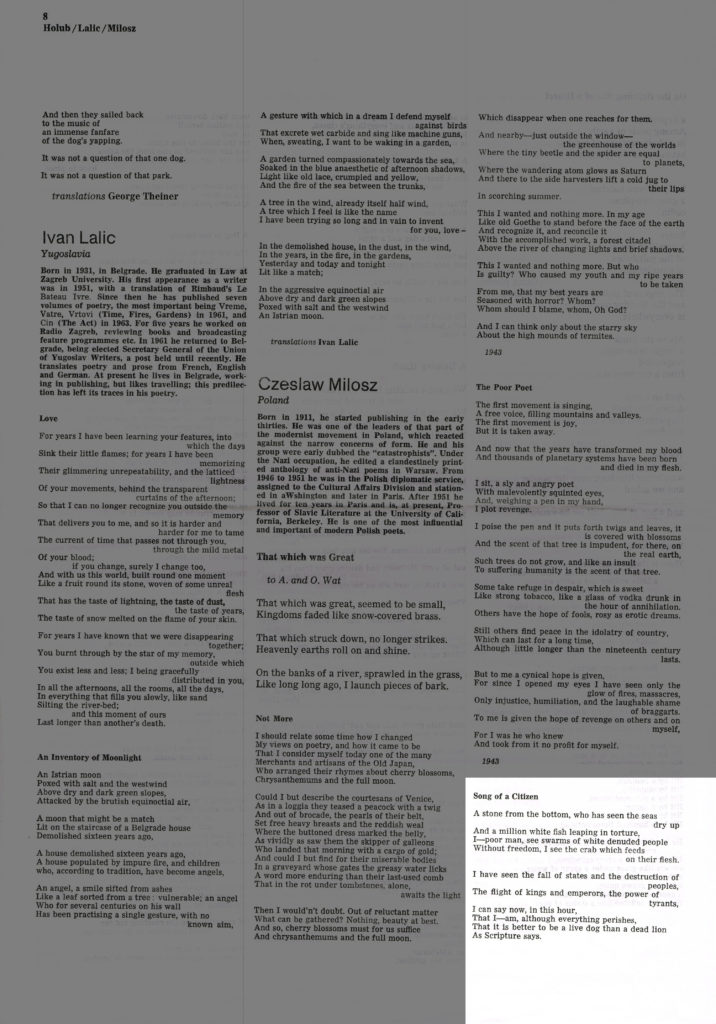