A little blood, more or less, he said,
He was great and strong, so strong
it must have been from weakness,
A little blood, he said, and went to wash his hands,
Of course there are things you can’t wash off,
But that he didn’t know, for he was strong,
He was smart with his elbows, then used his fists,
When he spoke he guzzled the words of others,
The seeing air was stunned and the ant-swarm
of the transistors crawled through his ears,
A little blood, this man said and
instantly his words were the thoughts of all,
It was he who conquered at Carthage,
Clean as the map of an unnecessary battle,
Clean as the anatomy of a hyena,
Clean as the conscience of a gun,
Clean as the hands that run a slaughter-house,
Clean as the king of the ants,
Pure as the sperm of Genghis Khan,
Clean as the spore of anthrax,
Clean as the bare behind of death,
All bent their heads,
The tampons bowed to him
And only a little blood
wept
on the ground.

Reproduced by permission of Bloodaxe Books. 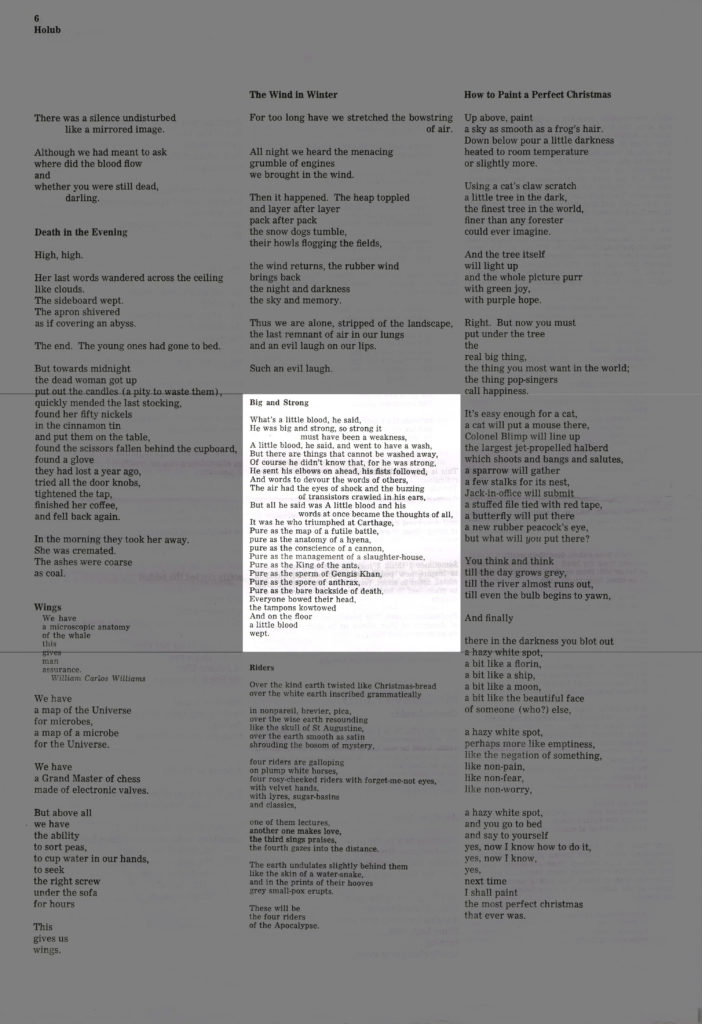