I have no lover’s touch in this solitary corner,
I have no amulet as each night brings darker terror,
I have no further thirst for anything but life,
With anguished thoughts in crushing silence, I am left with no hope.

I cannot know who I once was, what has transpired of me,
I cannot know to whom I can speak my heart’s desires in me,
I cannot perceive the tempers or nature of this destiny,
My love, I wish to go to you, but I am left with no strength.

I have seen the seasons change between the cracks and corners,
Yet all in vain I receive no news from the blossoms and flowers,
This yearning pain has seeped right through to the marrows of my bones,
What is this place that I can come to, but I am left with no way home?

n.b. This note introduces a longer feature on Uyghur poetry, published in MPT ‘Clean Hands: Focus on the Pandemic in Europe’. The poem on this page, ‘No Road Home’, is selected from this longer feature.

An Introduction to Uyghur Poetry

A poem is born in confinement and seeps through lips in a whisper. It makes its way into the memories of inmates, through the cracks of a cell, and to the ears of those with government tracked cell phones. Audio messages are sent to cell towers abroad and redirected to a former student of the imprisoned poet. The student translates the poem to English, and it appears in the The New York Times. The original Uyghur oral transmission is transformed into graphics and song and spreads through the social media currents of the Uyghur diaspora. We read and hear the imprisoned poet’s words: Qandaq yer bu? What is this place? Bararim bar, yanarim yoq. The four final words of the poem hit hard. Bararim bar – speaks of an ability to arrive at this destination, an open path to it – yanarim yoq – this path is closed behind him and he cannot return home, where he came from.

The poet is Abduqadir Jalalidin, a well-known professor of literature at the Xinjiang Normal University. He was detained by police who raided his home in 2018, for unknown reasons, and had not been heard from until this poem emerged in the summer of 2020. He is still detained without charge by Chinese government officials who have been leading a tyrannical and violent crackdown that has rounded up significant portions of the Uyghur intelligentsia, the working class, the religious, the apolitical, the Party members, the elders and youth alike, to erase and re-engineer the societal structure and psychology of an entire population while putting many to work in forced labour factories. Another poet included in this issue, Chimengül Awut, shares a similar fate – once an editor at a publishing house and an award-winning poet, she and 12 others from her workplace were sent to a camp in 2018 and are yet to be charged with any crime.

The detention camps, forced labour factories, and the skyrocketing number of prison sentences for Uyghurs and ethnic minorities in the Xinjiang Uyghur Autonomous Region, or East Turkistan, is yet another chapter in the Chinese government’s push to assimilate and subdue the indigenous people of these lands. An integral part of this process has been to remove the Uyghur language as a language of instruction in schools; where once students could receive an education in their own language, in the last decade these schools have been replaced with Mandarin-based schools, all whilst punishing people like Abduweli Ayup for opening pre-schools that taught in Uyghur. For decades, books of poetry were very popular, children grew up memorising and writing Uyghur poetry, and poets were some of the most influential people in the Uyghur-speaking world. The burgeoning literary culture is now being effectively regressed, with schools and government buildings being repurposed for camps, bookstores and publishing houses being shuttered, and scores of forum-like websites that stored years of poetry being taken offline. Many of the verses allowed to be published in these years have been in praise of country and Party.

A quick run-down: Uyghurs find their ancestral homeland in Central Asia in a region known as East Turkistan, Xinjiang, Uyghurstan, or sometimes Altishahr. The unique location of our ancestors, often described as a crossroads, meant that the literary streams of Persian meters, Arab folklore, modernist Europe and Soviet Russia, China and India would often engage with the verse of Turkic oral traditions. Thus multitudes of genres emerge within modern Uyghur poetry, from classically rhymed and metered verses centring on themes of love, homeland, morality, and so on, to the avant-garde modernists that subvert the norms in forms and motifs present in daily use. Poetry has one of the longest traditions in Uyghur culture, particularly given the highly developed oral and musical culture created to transmit knowledge.

Ironically, censorship during the years of repression under Mao Zedong – where books were burned, and writers were imprisoned – were perhaps part of the reason why poetry continued to flourish while other forms of writing faltered. Wrapped in metaphors and symbolism, poetry about nature and romance could often be read as social discourse and historical narrative. Later, a period of political openness in the 1980s led to a burst of creativity and exciting changes in the Uyghur literary scene, aided by poets from the previous decades who kept traditions alive through oral transmission and performance, as well as fresh ideas from younger generations who could study new forms in world literature.

The lack of state censorship in communities abroad has allowed diaspora poets nowadays to be much more direct in their expression, too, and a strong poetry movement has been building outside the borders. However, a generations-long oppression of free speech builds a complex relationship with state and personhood, and this is explored in ‘An Ear on the Wall’ by Abdushukur Muhammet. Periods of easing and tightening of freedoms often had a direct impact on the publication of literature. The openness felt in the 1980s was cut short in the late 1990s after various protest-turned-massacres. Writers like Nurmemet Yasin continued to be imprisoned in the 2000s for bogus claims about threatening state security. The freedoms felt with the welcoming of the internet were again cut short in 2009 as another protest-turned-massacre resulted in a communications blackout in the region. Each year since then has steadily led to the adoption of concentration camps and the distancing between diaspora and homeland, both online and in person.

Naturally, much of Uyghur diaspora poetry focuses on longing, homeland, borders, and the heavy cloud of bleakness that quickly surfaces upon interrogation of most Uyghur communities. ‘Longing’ by Fatimah Seyyah, based in Australia, is one such example. But with longing comes hope. With each word written in public and private, the language, culture, ideas and dreams of the Uyghur people remain vibrant and alive. Despite it all we continue to practice and persist, and poetry, ‘the soul of the Uyghur language’ as described by renowned poet Ekhmetjan Osman, continues to resound loudly in our ears and hearts. 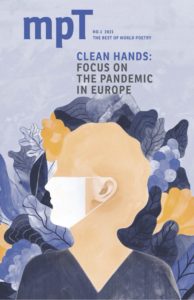