And now that the years have transformed my blood
And thousands of planetary systems have been born and died in my flesh.

I sit, a sly and angry poet
With malevolently squinted eyes,
And, weighing a pen in my hand,
I plot revenge.

Still others find peace in the idolatry of country,
Which can last for a long time,
Although little longer than the nineteenth century lasts.

But to me a cynical hope is given,
For since I opened my eyes I have seen only the glow of fires, massacres,
Only injustice, humiliation, and the laughable shame of braggarts.
To me is given the hope of revenge on others and on myself,
For I was he who knew
And took from it no profit for myself.

© The Estate of Czesław Miłosz

A dog in the quarry 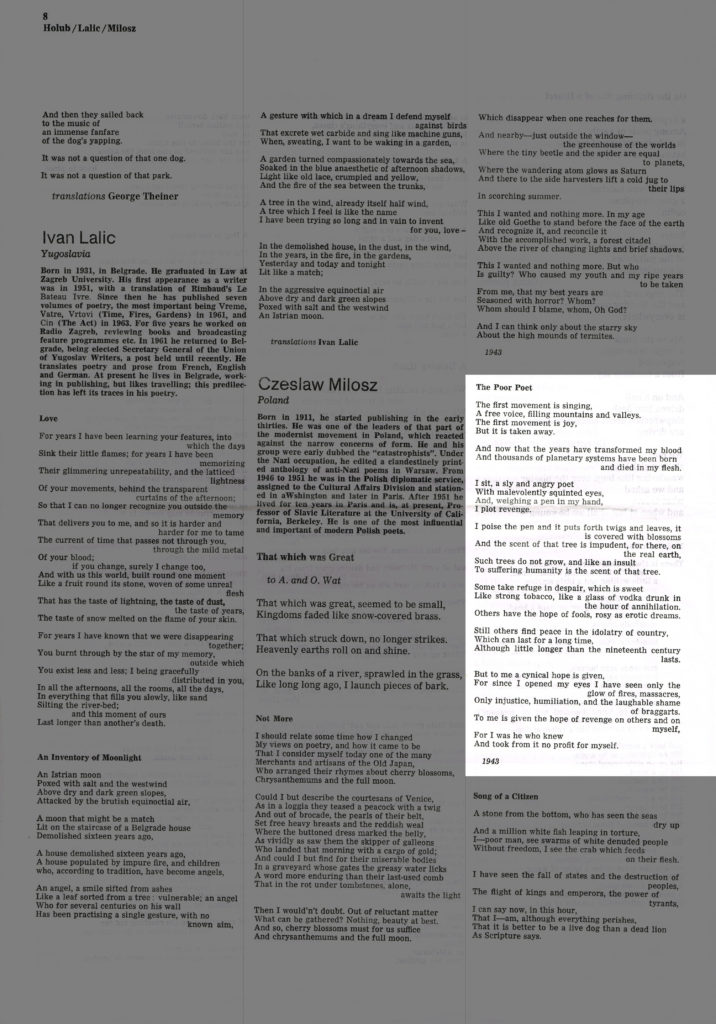