This year’s London Book Fair has a Baltic focus, marking a century of independence, and Estonia, Lithuania and Latvia have been seizing their moment. In the poetry world, certainly, there’s huge excitement around these countries, with recent months seeing a translation project from the Scottish Poetry Library and Literature Across Frontiers, and a ‘Latvia via Wales’ feature in Poetry Wales. There are a vast number of collections lined up to be published this year too, with ones by Dora Kareva, Gintaras Grajauskas, Madara Gruntmane and Aušra Kaziliūnaitė looking particularly intriguing. This mini-focus, though, concentrates on the three readers who will be at the Poetry Library’s event ‘World Poets Series: Baltic Poets in London’, presented in partnership with the British Council and Modern Poetry in Translation.

Tomas Venclova (Lithuania) is world-renowned. He took part in the dissident movement during the Soviet period and has since written out of his experiences of a totalitarian regime. Venclova met and translated Akhmatova and Pasternak; was close friends with Miłosz and Brodsky. He was published in MPT under David and Helen Constantine’s editorship, so we are honoured to publish him again with these translations of his recent work by Ellen Hinsey.

Here, also, are translations by Ieva Lešinska of new work by Kārlis Vērdiņš (Latvia), a young poet of huge influence (on my recent trip to Riga no one stopped talking about him.) These poems look, with Vērdiņš’ recognisable slant wit, at the true cost of the promises of happiness and cleanliness we are sold. We are also thrilled that the poet Rachel Long decided to work with us on translations of Maarja Kangro (Estonia). ‘Bones’ feels particularly important, written as it is on the occasion of Marie Under’s reburial – often called Estonia’s Goethe, Under is one of the important female Baltic voices who urgently need translating. Kangro has given us a major poem about ‘how they link you in a chain | of significance’.

A selection of poems are featured online – more poems are available in the print issue. 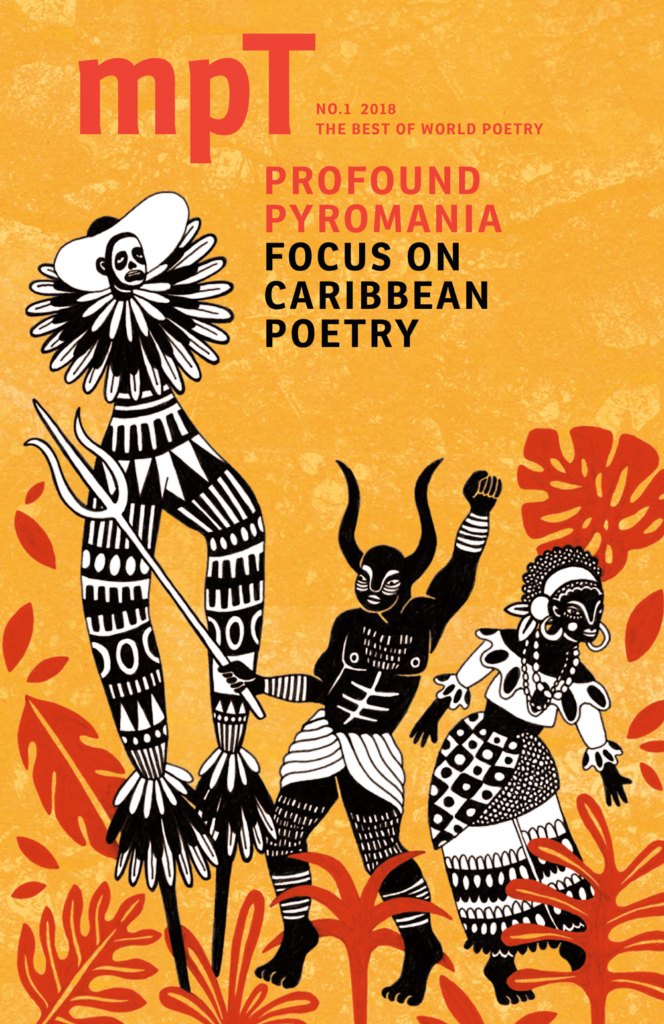