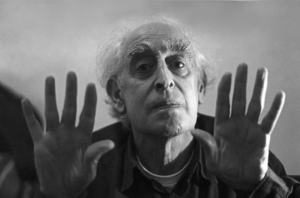 Dennis Silk (1928-1998) was a poet, playwright and translator. He was born in London, but moved to Israel at the age of 26. He worked for many years at the Jerusalem Post. His ‘Thing Theatre’ plays were published in William the Wonder-Kid: Plays, Puppet Plays and Theater Writings (1996) – these unusual and eccentric plays were staged by Silk with toys, dolls and other objects as well as actors. His first full-length poetry collection The Punished Land was published in 1980 and followed by two further collections Hold Fast (1984), Catwalk and Overpass (1990) and a posthumous collection A Cloud Inhaled Me: Collected Poems in 2014. He also edited an anthology of modern Israeli poetry with André Deutsch in 1972, Fourteen Israeli Poets. His own poetry was much admired by Saul Bellow and Alfred Corn, amongst others. Yehuda Amichai called him ‘a subtle and powerful poet. Every poem is a small drama – very strong and powerful and unforgettable.’

Our subscription payments are processed by PayPal or Stripe. You are free to cancel your subscription at any time. You can read our Privacy Notice here.
Learn More
subscribe now
X
This site uses cookies: Find out more.