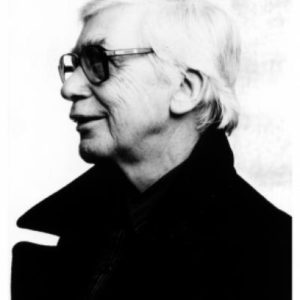 Edwin Morgan (1920-2010) was a well-loved and highly versatile Scottish poet and translator, winner of the Queen’s Prize for Poetry and the first ever Scottish Makar, whose translations from Russian, Hungarian, Latin, Old English, French and Italian were formally and verbally brilliant. In 1972 he published a series of translations of the Russian poet Mayakovsky in Scots, noting in his introduction that ‘there is in Scottish poetry (e.g. in Dunbar, Burns and MacDiarmid) a vein of fantastic satire that seems to accommodate Mayakovsky more readily than anything in English verse…’
Morgan translated a number of other Russian poets, including Voznesensky, Pasternak and Vinokurov and his Collected Translations were published in 1996. In the preface Morgan wrote:

I would still regard the general principle of being a good servant to the foreign poet, rather than thanking him very much and then going on to write a new poem of one’s own, a sound and (with luck) productive approach.

Morgan was a great internationalist and had links with other poets across the world. He benefitted particularly from acquaintance with the work of concrete poets from Germany, Switzerland and Brazil. In 1971 he read at Poetry International in the Edinburgh Royal Lyceum alongside Austrian concrete poet Ernst Jandl, a poet with whom he corresponded.