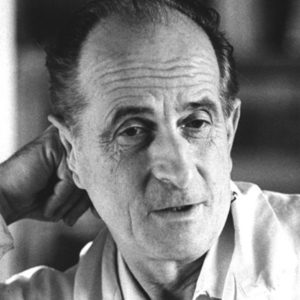 a mathematics with blood in it.
Paul Breslin, Poetry

Miroslav Holub was born in 1923 in what was then known as Czechoslovakia. He worked as an immunologist at the Microbiological Institute of the Czechoslovak Academy of Science, receiving his PhD in 1958.
His poetry was heavily influenced by his work as an immunologist – a profession he continued even after he received international acclaim for his poetry. The editors of Modern Poetry in Translation No.1 state that Holub described ‘his poetry as “the exact parallel” of his scientific work.’
Although he was not published in his homeland until after the fall of Communism, by the 1970s his writing was well-known in English, and his books had been translated into over thirty different languages. He was described by Ted Hughes in 1988 as ‘one of the half dozen most important poets writing anywhere’.
His poem ‘The fly’ is especially well known in English. George Theiner’s translation, published in Modern Poetry in Translation No.1, was considered very important, and in 2000 it was even included in the New Penguin Book of English Verse.
This poem highlights the scientific imagination at work in his poetry, telling the tale of a fly at the Battle of Crécy, alighting on human and animal corpses. The brutality of war is rendered with realist detail, contrary to the romantic descriptions of knighthood and chivalric warfare one might perhaps expect from the historical subject matter. As it follows the movements of the fly, the poem examines the aftermath of violence with distance and detailed indifference:

She rubbed her legs together
as she sat on a disembowelled horse
meditating
on the immortality of flies.

and later in the poem, we are told:

she began to lay her eggs
on the single eye
of Johann Uhr,
the Royal Armourer.

At the end of the poem, the fly itself is eaten by a swift ‘fleeing | from the fires of Estrées’.
Modern Poetry in Translation No.1 carries a large selection of Holub’s poems – more than any other poet in the issue, all in translations by fellow Czech, George Theiner.
Seamus Heaney described his writing as ‘a laying bare of things, not so much the skull beneath the skin, more the brain beneath the skull; the shape of relationships, politics, history; the rhythms of affections and disaffection; the ebb and flow of faith, hope, violence, art’.