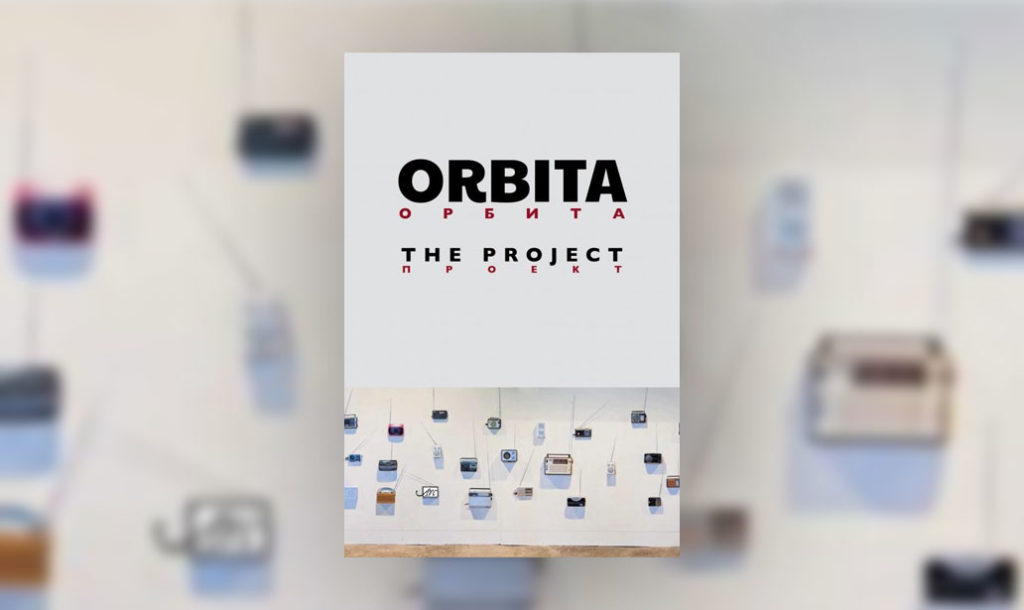 Oрбита (Orbita), founded in Riga in 1999, is a creative collective of Latvian poets writing in Russian. Drawing upon a cosmopolitan index of influences, the members of the group – Sergej Timofejev, Artur Punte, Semyon Khanin and Vladimir Svetlov – adopt a multilingual and multidisciplinary approach to investigating their multiple identities. With a penchant for experimental poetics, the group has spent two decades redefining Russian-language poetry in Latvia through cutting-edge collaborations. Orbita: The Project, translated by Kevin M. F. Platt and others, is their most recent literary endeavour.

The most striking aspect of this anthology is the way in which it is styled as an interactive artwork, one that transcends the material constraints of the page; the ink and paper that constitutes the two-dimensional flatness of language. Rather than settling into these shackles, the poem becomes a portal to multisensory immersion, as almost each poem is trailed by a Quick Response (QR) barcode. When scanned by a smartphone or tablet, these codes take the reader to a fascinating and diverse selection of audio-visual works by Orbita which cannot be reproduced in print. As we glimpse beneath the skin of their language, the paper gains depth and dimension, temporal as well as spatial – the work becomes a living and breathing entity. Various media are merged and join forces as ligaments, propelling the reader forward into new kinetic-aesthetic experiences. As Tony Ward remarks in the preface, the Orbita collective embarks on the cultural path ‘the UK poets of a half a century ago dreamed of but never achieved’, due in part to the way in which these poets embrace the technological innovations of their era.

Whilst each Orbita poet entertains the idiosyncrasies of an individual poetic voice, there are certain parallels which draw them together. The very name of the collective, Orbita, is emblematic of their shared interests: evoking an image of spinning around a stable axis with progress as the propelling force, the motif of motion quickly emerges as a master trope. Punte, for instance, writes with suspicion for the shadows of parked vehicles in ‘Highway’, decisively preferring speed to stasis. Tiring of the ‘annoying’ need to brake through villages in the first stanza, the speaker delights in trailing a black rider whizzing across the Estonian border ‘in sculptural clothing and | threateningly pulling | with a dark motorcycle | empty Sunday air’ by the second. The thrill of the chase yields thoughtful self-reflection, ‘we ourselves believe only in | what we can touch with our hands’, an idea the poet develops further in ‘Trip to the City’ and also in ‘Wrong Season’ when ‘boots slowly displace the land’. The secrets unearthed by these boots reveal as much about the man to whom they belong as they reveal about the path itself, charting inner landscapes as much as those outside.

Embarking on this double-edged quest, Khanin turns his attention towards bus stations, trains, canals and crossroads. However, acting with more emotive flair than Punte, these poems place emphasis on the melancholy of self-estrangement.

The notions of self-detachment, senselessness and strain come together to compose a perceptive take on life as a twenty-first century city-dweller. The playful collision of these states cultivates an image of inner fragmentation, quite at odds with the cosmopolitan lust for law and order. In ‘it’s kind of dumb to say goodbye in advance’, not even the ‘home-made swollen mirrors’ can keep from ‘losing its grip in the uneven marble light’. The ultimate law, which is that of time, is distorted as Khanin describes ‘this eternity with small breaks | real fractures in fake marble’. It’s an idea that recalls the work of Marianne Moore in ‘Poetry’, entertaining the disorientating concept of ‘imaginary gardens with real toads in them’. Whilst Khanin’s poems flirt with fragmentation, and occasionally slip into stasis with the character portraits, ‘bloodied from pain || paralysed in fear’ as in ‘bronze-faced statue’, they maintain Orbita’s focus on dynamic transgression, thresholds and borders. The scope of setting is wide and sprawling, expanded by Svetlov’s interest in taxi ranks and empty airports, and Timofejev’s intrigue for elevators and abandoned quarries.

Many hands have toiled over the translations in this collection, which complements the collaborative spirit of the Orbita group. Its pages gesture to patchwork as poems are followed by the initials of a different translator or translators. This includes the main translator, Kevin M. F. Platt, but also involves other translators such as Natalia Fedorova, Karina Sotnik, Sarah Dowling, Michael Wachtel and Polina Barskova. Overall, each translator remains impressively faithful to the adventurous flair of the Russian original, especially when it comes down to the delicacy of sonority, as certain Orbita poets court metrical regularity and end-rhyme. Khanin and Timofejev in particular are fond of crafting lines with three or four strong stresses, though all the poets in this collective mainly write in free verse. Whilst a free verse stance might not seem that striking in a Western European context, free verse is still regarded as somewhat radical in the canon of Russian poetics, which serves all the more as ammunition for challenging tradition.