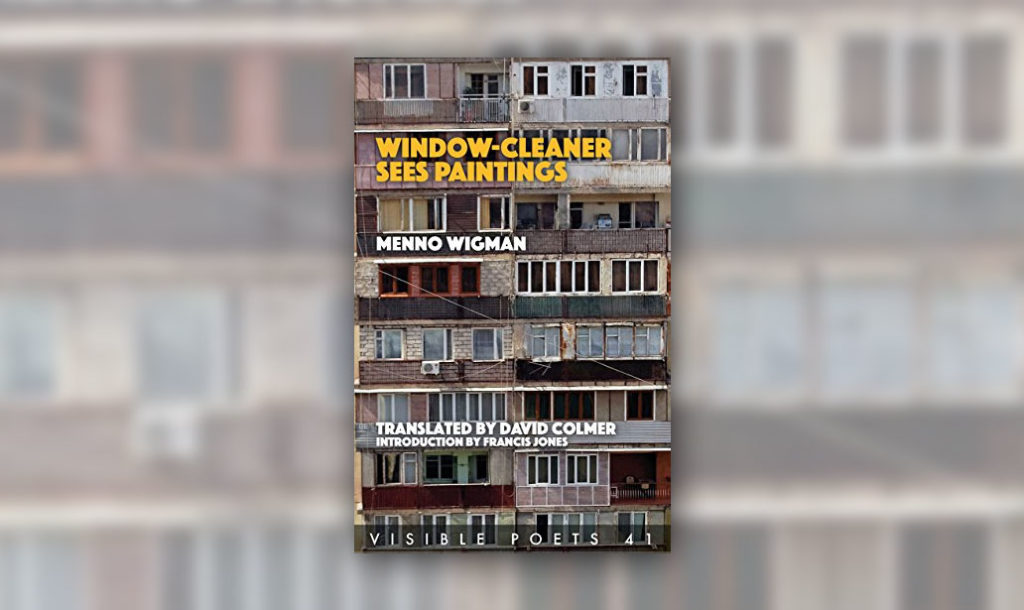 Menno Wigman, perhaps the finest poet of his generation in the Netherlands, died last year at the age of 51, of a rare heart condition. He is seriously missed, both because his work is of quite outstanding quality and because he was such a generous presence in the world of Dutch poetry. As ‘city poet’ of Amsterdam from 2013-2014, he wrote in traditional forms, not about public events but about subjects of pressing local concern – for instance the light-fingered brigade on Tram 5, who stole his girlfriend’s purse, or the anonymous figures who fall, drink-fuelled, into the canals: ‘Booze trails its curse through Amsterdam. | The water reaches up at night with dripping hands.’ Wigman’s work is fastidious, yet he was a popular figure beyond the usual readership of poetry. Like Baudelaire, whom he translated, he was a poet of the modern urban world and the dark strain in his work is reminiscent of the haunted quality of some poetry on the cusp of the nineteenth and twentieth centuries, or of the early T.S. Eliot; his forms may be classical, but his subject-matter is here and now.

Most of his poems are composed of iambic pentameters, with or without rhyme, and while their structure is not particularly complicated, form does have a specific function for him. It works as a magnifying glass so that the detail stands out, almost in relief. It bends the reader’s eye towards the text, so one takes it in, a phrase at a time.

David Colmer has translated a selection from Wigman’s seven books, published by Arc in their admirable bilingual ‘Visible Poets’ series. The poet’s epigrammatic style is well conveyed; there is plenty of street talk and Colmer finds English equivalents with the apparent ease that is the result of hours of patient work. His hallmark as a translator is that he never strays far from the spoken idiom and it suits Wigman’s style, which is succinct, quotable, sometimes shocking, but always elegant: ‘Then gradually the evening settled down | to sadness and TV…’. Or this, from ‘When I Started Writing’: ‘ … Later | much later. Death was tugging at the door of my car | and I woke with a start, defenceless in a white ward. | That was when I kicked Beauty off my lap…’. The reference to Rimbaud nails the subject-matter of the poetry perfectly, and the whole poem, which starts with the poet’s roots in the provinces – ‘stale sunshine in my mouth’ – has a hallucinatory quality, as if Rimbaud is speaking through him. And sometimes he takes you by surprise with something quite different. Promesse de bonheur is a triumphant erotic poem (‘Me in her bed and her stepping out of the shower’) that redeems the sombre, almost subterranean atmosphere of so much of his work.

This is high poetry that, in Colmer’s superbly finessed translations, one feels compelled to read and reread. Their formal structure makes these poems memorable: they are sculptural, but their chiselled outlines embrace warmth and engagement. In the words of a fellow poet, Ellen Deckwitz, in the Dutch newspaper, NRC-Handelsblad: ‘Wigman did not think much of that poetry that aims to disrupt by overturning systems of meaning – no, poetry was about clarity and musicality: the comfort and calm that words and sounds can bring us, including those who haven’t taken a degree in Literature.’

Donald Gardner is a poet and translator. His most recent book of poetry is Early Morning (Grey Suit, 2017). He was awarded the Vondel Prize in 2015 for his translations of Remco Campert’s poetry, In Those Days (Shoestring Press).